At present, all probes that touched the surface were fixed. They provided images of their immediate environment but were unable to travel to study certain geological formations. In addition, to prevent the landers from tipping over, they landed in the plains area. However, it would be extremely interesting to study the reliefs on site to study its composition and stratigraphy. For this, a rover capable of straightening and moving for several days would allow to multiply the observations in a steep environment.

The goal is to design a rover that can move several days on the surface. To remain simple, it must be isolated to the maximum and for this the most promising solution is a double vacuum enclosure (two concentric shells separated by vacuum). This solution prohibits the use of passage through the hull which would be too large thermal bridges. Instrumentation would be limited to cameras and spectrometers looking through windows. The use of wheels is also prohibited because a transmission shaft or power cables (the electric motor may overheat anyway) would require hull passes. The design for now consists of creating two independent balls linked by a ball bearing. In each would be a pendulum that could move the center of gravity of the ball and roll it. In addition, by being pushed by the wind or down a slope, the rover would move and the balance movement inside would create electricity.

first tests with a cylindrical model it proved quite effective 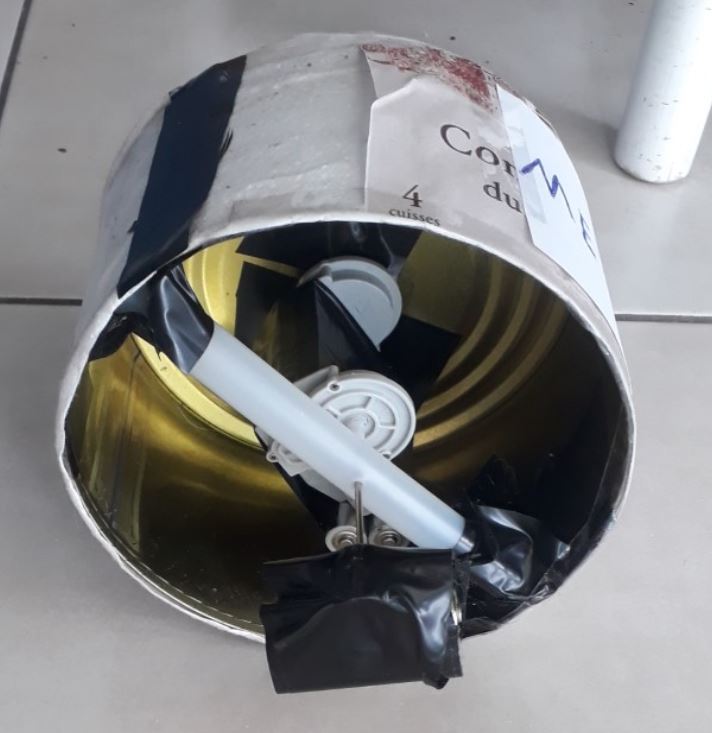 Below are the main points to study to develop this atmospheric platform:

-Locomotion medium: The goal is to create and test the balance steering system in two linked balls. It would require only two balls of Plexiglas, engine, control system and remote control of aeromodeling. By adding a vertical marker, it would be possible to program its movement or ask it to automatically maintain a static position in the face of disturbances (winds, blows).

-Scientific payload: The idea is to see how to reconstruct a 3D image of the environment with cameras that rotate with the balls. Another aspect would be to see the feasibility of a spectroscopic analysis through a window thick enough to survive on the surface of Venus.

-Cooling system: Even with perfect insulation the rover will eventually overheat just by the energy released by the internal equipment. We must therefore study how to evacuate this heat flow in an environment as hellish as Venus. Otherwise we must look for a material capable of absorbing this energy for as long as possible.